By the end of September, Field-Marshal Browne was encamped at Budin (present-day Budyně nad Ohří) with an Austrian army.

The following order of battle is based on a contemporary illustration reproduced herein. On average: 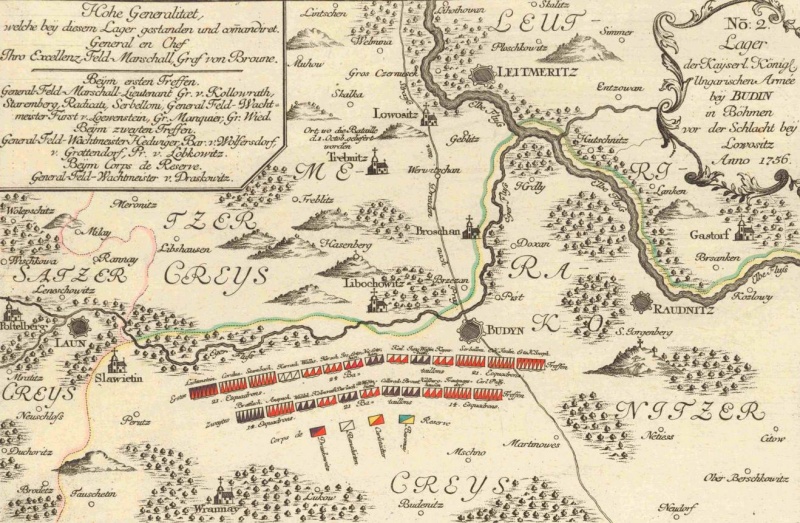 Ing. Jiří Sissak Ph.D for the rare illustration that has served to create this article