Difference between revisions of "1757 - Prussian invasion of Bohemia – Retreat" 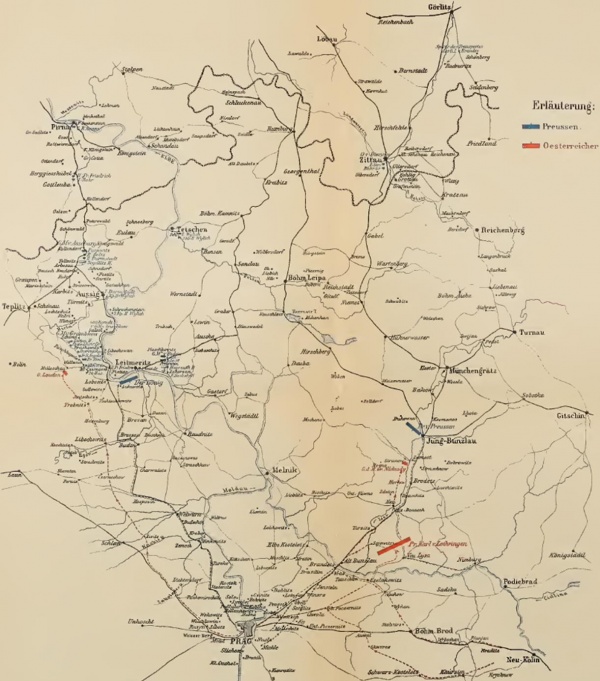 The retreat from Prague to Leitmeritz had been a perfectly executed delicate set of operations, thanks to Frederick rapidity and also to Daun's cautiousness.

By October, 7,331 Saxon troops had escaped from the Prussian service and marched to Hungary. However, illness spread due to unhealthy accommodations and their financial situation worsened.

In November, Major-General Rochow (former commander of the Fortress of Sonnenstein) replaced Major-General Galbert as the head of the Saxon contingent.