The regiment was initially raised on December 13 1648 in Catalonia. It was later disbanded and recreated onDecember 15 1667. A few years later, on January 30 1673, it was reorganised. In 1689, the regiment was given to the third grandson of Louis XIV: the duc de Berry and known as “Berry Cavalerie”.

During the War of the Austrian Succession, the regiment initially operated in Westphalia in 1742. In 1743, it served in Bavaria. It was then transferred to Flanders where it campaigned from 1744 to 1748.

When the French Cavalry was reorganised on December 1 1761, the regiment was increased to 4 squadrons, each of them consisting of 4 companies of 40 troopers, for a total of 640 troopers. The 2 additional squadrons came from Lusignan Cavalerie who was incorporated into Berry Cavalerie.

In 1756, at the outbreak of the war, the regiment was stationed at Saumur.

In 1757, the regiment joined the Lower Rhine Army commanded by the maréchal d'Estrées. At the end of June, it was at the camp of Bielefeld with d'Estrées' main corps. On August 16, the regiment was among the force sent by the duc de Richelieu to occupy the Duchy of Brunswick who had submitted to the French domination after the battle of Hastenbeck. It was detached to Wolfenbüttel under M. de Voyer. At the end of the year, it took its winter quarters in the first line of the French Army in Wolfenbüttel.

In 1760, the regiment was part of the force under the prince de Condé at Friedberg. 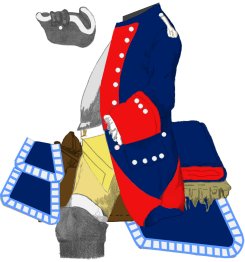 Regimental standards (4 silken standards): royal blue field fringed and embroidered in gold; centre device consisting of a golden royal sun surmounted by a scroll bearing the royal motto “Nec Pluribus Impar” in gold; in each corner the arms of Berry and a golden fleurs de lys 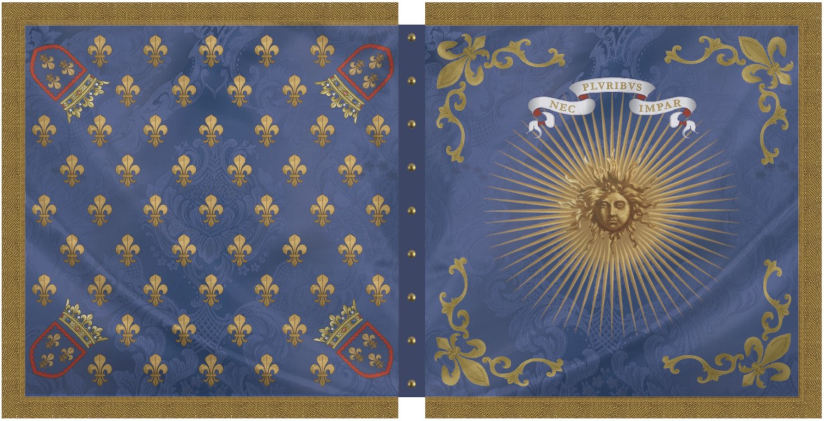