The brigade was formed on March 7, 1732 from carabiniers of the various line cavalry regiments. It belonged to the Household cavalry and, to the exception of the Reales Guardias de Corps, had precedence over all cavalry units of the Spanish army. It counted 4 squadrons, each consisting of three companies. 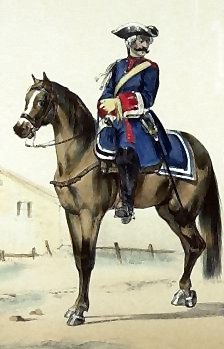 On December 1754, it was decreed that all dragoon regiments would now have to contribute men to the Carabineros Reales, as the line cavalry regiments already did.

The staff of the brigade consisted of: 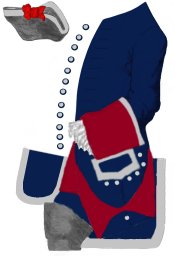 The coronela (colonel standard) of the brigade was white with silver embroideries and bore the royal arms.

The squadron standards carried by the 3 other squadrons were blue and bore the royal arms.