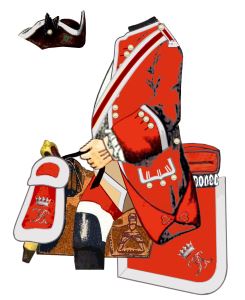 No information available yet on the uniform of the trumpets. 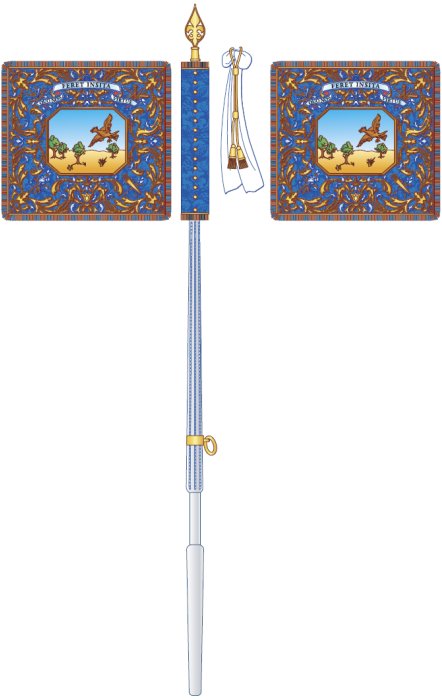 The silken standard (exceptionally called guidons in the Gendarmerie de France) had a blue field heavily decorated with silver and gold embroideries, fringed in gold and silver; centre device consisting of a scene depicting a flying eagle with the motto “QUO NON FERET INSITA VIRTUS” (other sources also mention “PAR NON FERET INVITA VIRTUS”). As for all company standards of the Gendarmerie de France, the obverse and reverse were identical.