The regiment was raised on November 1 1661, at the birth of Louis de France, Louis XIV's son and Dauphin of France. On March 24 1668, after the conquest of Franche-Comté, the old Compagnies d'ordonnance were incorporated into the regiment.

During the War of the Austrian Succession, the regiment was initially stationed on the Meuse in 1741. In 1742 and 1743, it took part in the campaigns in Bohemia. In 1744, it was back at Suffelsheim. In 1745, it joined the French army operating in Italy. By 1746, it had retreated to Valence in Provence.

When the French Cavalry was reorganised on December 1 1761, the regiment was increased to 4 squadrons. The 2 additional squadrons came from Dauphin-Étranger Cavalerie who was incorporated into the Dauphin Cavalerie.

In 1757, the regiment joined the Army of the Lower Rhine commanded by the Maréchal d'Estrées for the planned invasion of Hanover. On July 26, the regiment took part in the Battle of Hastenbeck where it was among the cavalry of the right wing. After the victory, it encamped at Grosselsen near Hameln with the main body of the Army of the Lower Rhine from July 31 to August 2. After the Convention of Klosterzeven, it followed the main body, led by the Maréchal de Richelieu, who encamped at Halberstadt in Prussian territory from September 28 to November 5. In this camp, the regiment was placed on the left wing of the first line. At the end of the year, it took its winter-quarters in the second line of the French army in the city of Hanover.

From March 30 to April 4 1758, after the retreat of the French army towards the Rhine, the regiment was with Clermont's Army in the camp of Wesel on the Lower Rhine, in the first line of the right wing. In April, when Clermont redeployed his army along the Rhine, the regiment was stationed at Sonsbeck near Xanten. After the successful crossing of the Rhine by the army of Ferdinand of Brunswick on May 31, the regiment retired towards Rheinberg where it joined Clermont's Army on June 2. It remained in this camp until June 12. It was placed on the right wing of the first line. On June 23, the regiment took part in the Battle of Krefeld where it was placed on the left wing of the first line, under Fitzjames. In Mid August, after Ferdinand's retreat to the east bank of the Rhine, the regiment, as part of the Army of the Lower Rhine now under Contades, recrossed the Rhine to follow the Allies. On August 20, it was encamped near Wesel where it was placed on the left wing of the first line. At the beginning of October, the regiment was attached to Chevert's Corps which was sent to reinforce Soubise's Army in Hesse. On October 10, it was at the Battle of Lutterberg where it formed part of Chevert's Corps who won the day by turning the Allied left flank.

By December 30 1760, the regiment had taken its winter-quarters in Ergershaus. 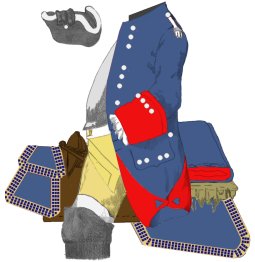 Trumpets and kettle-drummers wore a blue coat heavily laced with braids at the King's livery alternating with silver braids. 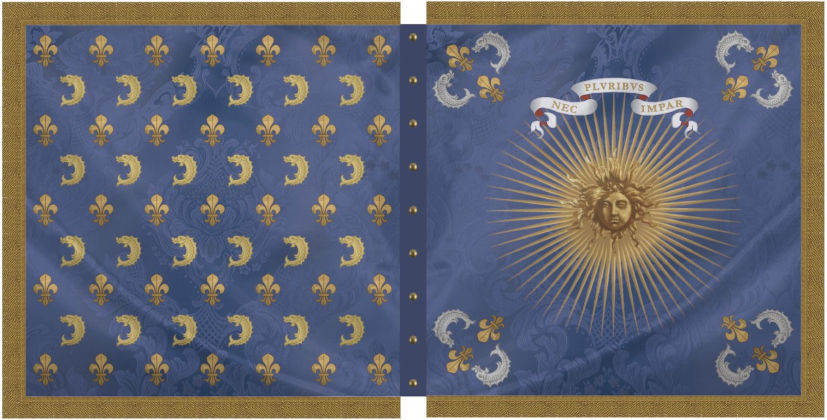