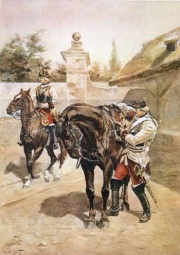 The regiment was raised in 1636 by Claus Dietrich Sperreuter (ca. 1600–1653) according to a decree issued on August 23, 1636. Sperreuter was born in Mecklenburg and, at the beginning of the Thirty Years’s War, had fought in the army of Ernst von Mansfeld and between 1623-1635 in the Swedish Army. He had joined the Imperial Army in 1636 in the rank of GFWM. 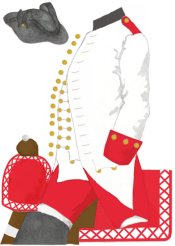