The East Prussian Land Militia battalion was raised in the District of Gumbinnen in the first half of May 1757. It comprised 2,000 men organised in 6 companies of musketeers (no grenadier). These companies were raised in the border towns of Johannisburg, Lyck, Oletzko, Goldap, Stallupöhnen and Pillkallen. Each company consisted of : 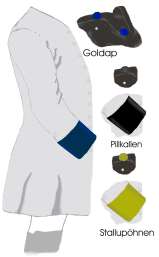 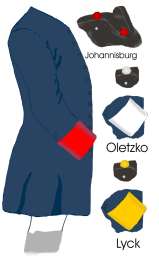