This company was created in 1422, at the time of Jeanne d'Arc, and existed for 366 years, till 1788, without interruption or transformation. It was initially attached to the personal bodyguard of the king under the name of Cent lances écossaises (Hundred Scot lances). In 1445, it was known as the 1ère Compagnie d'ordonnance.

In 1665, the company was owned by the Stuart and its captains were often of royal blood. Then James II Duke of York ceded the unit to Louis XIV. From this time, the company recruited in France while retaining its name of Compagnie écossaise. 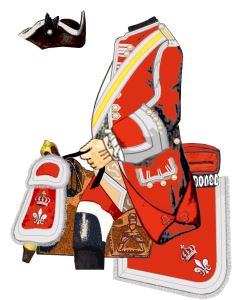 The silken standard (exceptionally called guidons in the Gendarmerie de France) had a white field heavily decorated with silver and gold embroideries, fringed in gold and silver; centre device consisting of a scene depicting a running greyhound with the motto “IN OMNI MODO FIDELIS”. As for all company standards of the Gendarmerie de France, the obverse and reverse were identical. 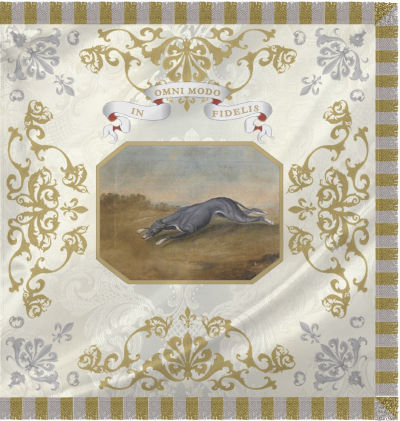