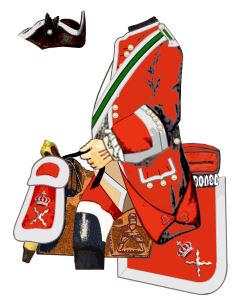 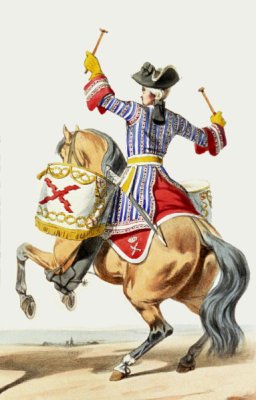 The silken standard (exceptionally called guidons in the Gendarmerie de France) had a white field fringed in gold and silver; heavily decorated with silver and gold embroideries, and bearing a large cross of Burgundy embroidered in silver in its centre and 4 smaller ones in the corners. As for all company standards of the Gendarmerie de France, the obverse and reverse were identical. 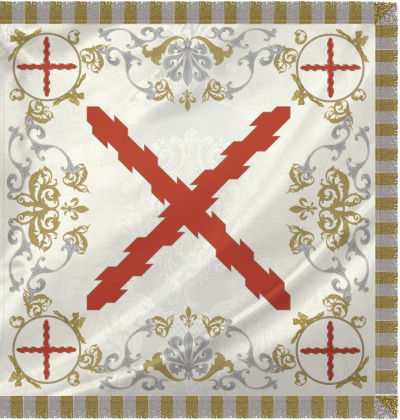