The regiment was created as Konigsmark Infanterie on August 10 1680 from four independent companies of the Rhine and 12 companies from the disbanded Furstenberg Infanterie.

During the War of the Polish Succession, the regiment was at Philippsburg in 1734. In 1735, it was at Reggiolo and in 1736 at Cambrai.

During the Seven Years' War, the regiment ranked 66th. It belonged to Lieutenant-general Comte de la Marck but was under the effective command of:

On January 18 1760, when the German Infantry was reorganised, the regiment was increased to three battalions by the incorporation of the second battalion of the disbanded Lowendahl Infanterie.

In 1757, the regiment joined the Army of the Lower Rhine commanded by the Maréchal d'Estrées for the planned invasion of Hanover. At the end of June, it was at the camp of Bielefeld with d'Estrées' Main Corps. On November 5, under the Comte de Lorges, it took part in the Battle of Rossbach where it was placed in the second line of the centre. At the end of the year, it took its winter-quarters in the first line of the French Army: one battalion at Goslar, the other at Clausthal.

In February 1758, when Ferdinand of Brunswick launched his winter offensive in West Germany, the regiment retired on the Rhine with the rest of the French Army. From March 30 to April 4, it was in the second line of Clermont's Army in the camp of Wesel on the Lower Rhine. In April, when Clermont redeployed his army along the Rhine, the regiment was placed in the second line in the area of Cologne. After the successful crossing of the Rhine by Ferdinand's Army on May 31, the regiment retired towards Rheinberg where it joined Clermont's Army on June 2. It remained in this camp, where it was placed in the centre of the second line, until June 12. On August 5, the regiment formed part of Chevert's Corps and took part in the Combat of Mehr where it was brigaded with Reding Infanterie to form the left wing. It did not behave very well and was broken by an enemy charge. By August 20, the regiment was operating as an independent force. 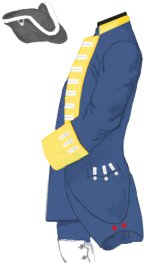