The regiment was raised in July 1758. Initially, it was not considered as a regular line infantry regiment and was known as the 1st Neues Bataillon (New Battalion) rather than by the name of its colonel.

This regiment was exceptionally organised into five companies of 200 men for a total strength of 1,000 men.

In 1763, this regiment was incorporated into Prinz Karl von Mecklenberg Infantry (No. 10A).

On October 10 1758, 700 men of the regiment took part in the Battle of Lutterberg where they fought in the first line of the centre. Meanwhile, the remaining 300 men were garrisoning Osnabrück.

On April 13 1759, the regiment took part in the Battle of Bergen where it formed part of the second column under the Prince von Ysenburg deployed on the left wing of the Allied army. Prince Ysenburg, who had been a rallying point for Hessian resistance against the French, fell leading the repeated assaults up a steep slope against the abattis situated around the village. The French units in Bergen were strengthened by a reserve who blunted these attacks. After repeated attempts to storm the village of Bergen, the Hanoverian and Hessian troops withdrew. In June, the regiment was part of Imhoff's corps operating in Hesse. It later took part in the siege of Münster.

In 1760, the regiment formed part of Spörcken’s Corps. On July 25, it fought in a rearguard action at Wolfhagen. On July 31, it took part in the Battle of Warburg where it was deployed in the second line of the right wing in front of Ossendorf. In the autumn, it accompanied the Hereditary Prince of Brunswick in his unsuccessful attempt to capture the Fortress of Wesel. On October 1, one company was part Maidel's converged battalion who captured the Castle of Kleve.

In February 1761, the same company was at the capture of Fritzlar. The other four companies took part in the expedition of General von Breidenbach against Marburg. On July 16 1761, these four companies fought in the Battle of Vellinghausen where they formed part of the corps of the Hereditary Prince of Brunswick deployed on the right wing. On August 31, they were at the affair of Roxel under General von Kielmansegge. 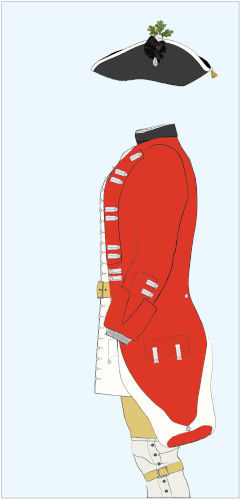 Exceptionally, this regiment did not carry the King's colour. Instead, it seems that it carried two regimental colours. The descriptions of these colours vary widely from one author to another. Hereafter, we follow the description of the Celler Soldatenbuch. 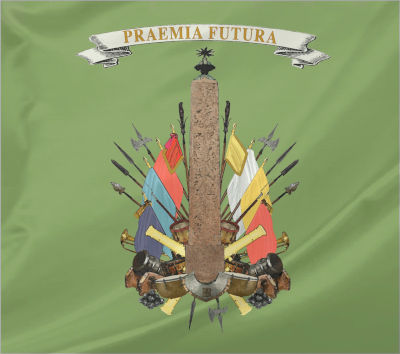