The regiment was raised by the Marquis d'Heudicourt on March 1 1674. It became the property of Louis Alexandre de Bourbon, Comte de Toulouse, great admiral, on August 23 1693. At his death, on December 1 1737, it passed to his son, the Duc de Penthièvre.

When the French Cavalry was reorganised on December 1 1761, the regiment was increased to 4 squadrons, each of them consisting of 4 companies of 40 troopers, for a total of 640 troopers. The 2 additional squadrons came from Descars Cavalerie who was incorporated into Penthièvre Cavalerie.

Somewhere between August 23 and September 6 1757, the regiment joined the Army of Saxony, led by the Prince de Soubise, in the area of Erfurt and Eisenach. It consisted of well set-up men on large, powerful horses. It lived up to the reputation of the French for having a fine-looking cavalry. On September 27, it was brigaded with Bezons Cavalerie under M. de Bezons in the first line of the left wing of the Franco-Imperial Army. On November 5, the regiment took part in the Battle of Rossbach where it was brigaded with Saluces Cavalerie and Bussy-Lameth Cavalerie in the Reserve under the Duc de Broglie. During this battle, the regiment was crushed, loosing a standard and having his Mestre de Camp Lieutenant (the Comte de Saluces), one of his lieutenant (Scepeaux) and 13 of his officers wounded and taken prisoners by the Prussians. At the end of the year, the regiment took its winter-quarters in the area of Babenhausen in Hessen. 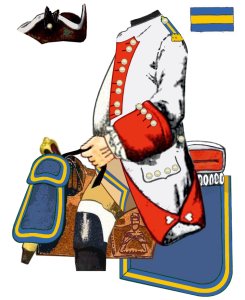 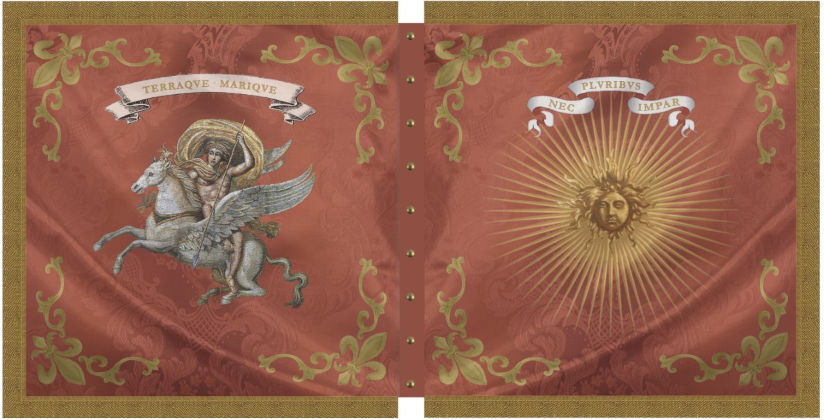