The regiment was raised on May 30 1653 by the comte de Nogent. It took the name of “Roi Stanislas” in September 1725, at the marriage of Louis XV, and was incorporated into the French army. By a regulation dated March 30 1737, the regiment was renamed “Royal-Pologne”.

When the French Cavalry was reorganised on December 1 1761, the regiment was increased to 4 squadrons. The 2 additional squadrons came from Marcieu Cavalerie who was incorporated into the Royal-Pologne Cavalerie.

In 1757, the regiment joined the Lower Rhine Army commanded by maréchal d'Estrées for the planned invasion of Hanover. At the end of June, it was at the camp of Bielefeld with d'Estrées' main corps. On July 26, the regiment took part to the battle of Hastenbeck where it was deployed in the second line of cavalry of the left wing. It was ordered to support the Grenadiers de France who had advanced into the village of Hastenbeck. After the victory, the regiment encamped at Grosselsen near Hameln with the main body of the Lower Rhine Army from July 31 to August 2. After the Convention of Klosterzzeven, it followed the main body, led by the Maréchal de Richelieu, who encamped at Halberstadt from September 28 to November 5. The regiment was placed on the first line of the right wing. At the end of the year, it took its winter quarters in the third line of the French Army in Herford.

From March 30 to April 4 1758, after the retreat of the French army towards the Rhine, the regiment was with Clermont's army in the camp of Wesel on the Lower Rhine, in the first line of the right wing. 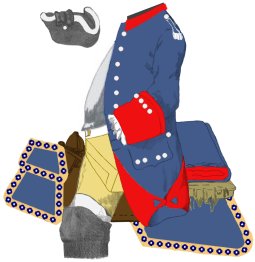 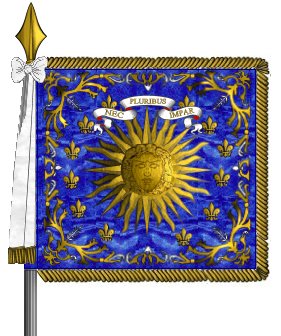