In May 1716, Friedrich Wilhelm I acquired this regiment from August II of Saxony. Part of its price may have been paid with valuable porcelain and, thereafter, the regiment retained the nickname Porzellan Dragoons. Another simpler explanation for this nickname is that their uniform was white and blue… It was initially posted in East Prussia.

In 1745, during the War of the Austrian Succession (1740-48), the regiment distinguished itself at the Battle of Kesselsdorf.

After 1745, hal f of the regiment garrisoned Allenburg while its other squadrons were stationed in Gerdauern, Königsberg in Preussen, Labiau and Wehlau.

On July 23, 1759, the regiment took part in the Battle of Paltzig where it was attached to Normann's Brigade deployed in the first line of the cavalry right wing. A few weeks later, on August 12, the regiment fought in the bloody Battle of Kunersdorf where it was deployed in the second line of the left wing as part of Spaen's Brigade. Towards the end of the battle, at 5:00 p.m., the regiment took part in an attack on the Grosser-Spitzberg from the rear but the cavalry charges were scattered by the Russian artillery fire. In this battle, the regiment lost 18 officers and 234 privates. On December 3 and 4, 200 men of the regiment were attached to a small isolated Prussian force under Major-General Dierecke who had taken post at Meissen. This small corps was attacked by a much stronger Austrian force and, during the Combat of Meissen, and forced to retire.

In the 1760 campaign the regiment was with the King's Army before Dresden, then it remained in Saxony with Hulsen. On August 20, it distinguishing itself at the Battle of Strehla were it captured 1 gun and 3 standards, losing in the process 4 officers and 90 privates.

In 1761, unable to replenish its ranks because East Prussia was occupied by the Russians, the regiment served in Saxony under Prince Heinrich who reported that the unit was missing 768 men to be at full strength.

The regiment started the 1762 campaign understrength. On October 29, the second battalion took part in the Battle of Freiberg in the Forcade Column. 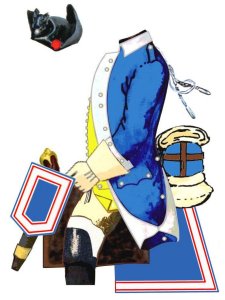 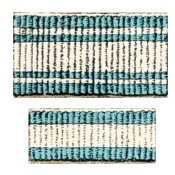 Drummers of the regiments wore the same uniform as the troopers but decorated around the lapels and pocket flaps, on the edge of the cuffs, on the front edges of the coat, on the seams at the rear of the coat and the side waist slit and on the swallow nest on each shoulder with a white lace decorated with 2 (narrow lace) or 4 (wide lace) blue bands.

As per the standards on display in Vienna and St. Petersburg