This mounted Freikorps was raised at the beginning of 1759 among the inhabitants of Solling and Weserberg. It initially consisted of:

In 1760, two mounted companies forming a squadron (total of 230 men) were added.

The Freikorps inhaber was:

In March 1762, the unit was incorporated in the Freytag Jägers.

In June 1759, the unit was part of Imhoff's Corps operating in Hesse.

On July 10 1760, the unit was part of Lieutenant-General von Gilsa's Reserve at the Combat of Corbach. This reserve did not take part in the engagement. 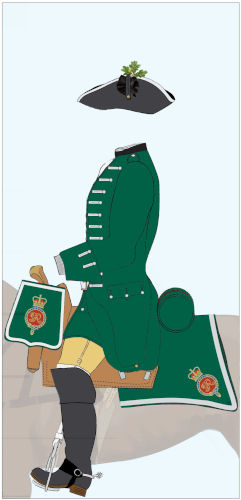 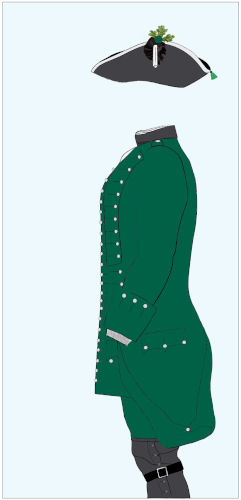 Jägers were armed with a rifle. 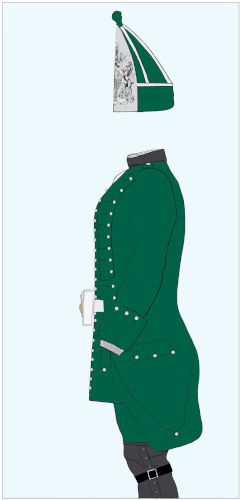 Grenadiers were armed with a musket, a bayonet and a sword;.

Carried no gorget or sash. Silver lace on the tricourne border, vest border, and pocket edges.