The regiment descended from the ryttarfanan in Uppland and Västamaland which were set up in 1536. In 1636 united with the Södermalands ryttare under the name of Upplands ryttare. Iwas initially raised as an indelta regiment in 1623. It consisted of 3 companies of 125 men each. By 1638, the regiment counted 8 companies. In 1667, the regiment became the Livregemente till hast (King's Horse Lifeguards) and Indelta in 1687: exceptionally the regiment was increased to 12 companies instead of the usual 6 to 8 companies of other line cavalry regiments. 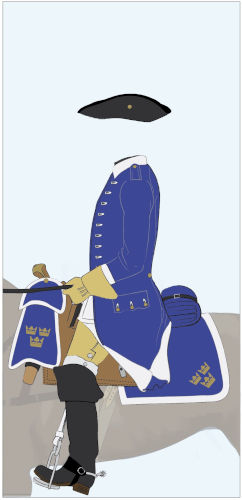