On February 20 1761, the Prince de Soubise, maréchal de France, received the authorisation to raise a corps of 948 men (1 grenadier coy of 40 men, 8 dragoon coys each of 71 men, and 8 fusilier coys of 40 men each) recruited in Germany and Bohemia. This corps was probably already organised when it entered the French service because it was involved in combat as soon as July 1761.

At the beginning of June 1761, during the campaign in Western Germany, the unit was part of the Army of the Lower Rhine. On July 27, informed that the Allies were forming a camp on the heights of Ruhne, the Prince de Soubise occupied the heights of Höingen facing Neheim with the Volontaires de Soubise. On July 28, the Baron de Wurmser launched an attack at the head of French light troops (including the Volontaires de Soubise) against the Légion Britannique near Höingen but was repulsed with heavy loss. By August 10, the unit was in Wesel. On August 30, Soubise was at Appelhülsen when a strong Allied column came out of Münster and marched on Bösensell, occupied by the Volontaires de Soubise and the Volontaires de l'armée on the French left wing. At 9:00 a.m., informed of the attack on his advanced posts, Soubise went to the support of his left. After a short engagement, the Allied infantry stopped while the Allied cavalry retired. Soubise then ordered M. de Fronsac to attack the Allies who retired from hedges to hedges to the plain of Roxel where they tried to form. The Chapt Dragons and the dragoons of the Volontaires de Soubise charged them, penetrating the column in two occasions and capturing a few prisoners. The Allies then retired to Münster. M. de Wurmser was severely wounded during this action. At the end of September, M. de Viomesnil at the head of the Volontaires de Soubise and the Volontaires Étrangers de Clermont Prince burnt several magazines in the County of Dinklage. He also burnt a large magazine at Osnabrück. In November, the unit was posted in the district of Kleve on the right bank of the Rhine between Rees and the Netherlands and along the Issel.

For the uniform we have found only one contemporary source: Raspe's publication of 1762.

N.B.: Eugène Leliepvre depicts a chasseur in a very different uniform with a black tricorne laced white and a small pewter button on the left side; a red neck stock; a green short coat with a white epaulette on the left shoulder; a green collar edged white; white buttonholes (similar to those of the dragoon) with pewter buttons; white cuffs without button; white waistcoat with a single row of pewter buttons; green trousers; short black boots; cross belt and waistbelt in whitened natural leather. 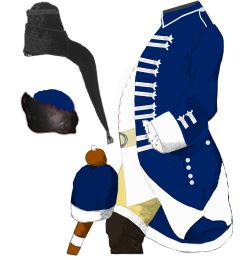 Ordonnance flag (as per Mouillard): white cross; 1st canton red; 2nd canton yellow; 3rd canton blue; 4th canton black (we do not know if this flag was in use during the Seven Years War or if it was issued later). 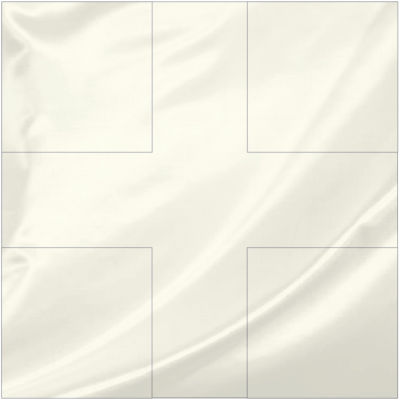 Ordonnance colour not yet available.