This unit was the oldest regiment of the entire Austrian army. Its origins can be traced back to a Brandenburger regiment raised by Major-General (GFZM) Otto Christoph von Sparr at Treptow an der Rega. It consisted of 3 companies of the Elector's Lifeguard and from the former Schönaich Regiment. Furthermore, on July 29 1651, Sparr took command of 4 companies of the former “Friedrich von Arnim” regiment stationed at Colberg. To distinguish them, these two regiments were respectively designated as “Alt-Sparr” and “Jung-Sparr”.

On April 8 1655, Major-General (GFZM) von Sparr received the Emperor's authorisation to raise a new infantry regiment by using parts of old regiments. In July of the same year, at the head of “Alt-Sparr” (now 12 coys strong), Colonel Sparr joined the Brandenburger Army who assisted the Swedes in their campaign in Poland, defeating a Polish army near Warsaw at the end of July. The Brandenburger contingent then returned home. On June 26 1657, Sparr was promoted to Field-Marshal. At the end of 1657, the Elector of Brandenburg made an alliance with Ferdinand III and Poland against Sweden. An Austrian army under Montecuccoli and Souches marched to Schleswig and Jütland against the Swedish troops of King Karl X. Both of Sparr regiments fought in this campaign (Alt-Sparr with 8 coys = 576 men and Jung-Sparr with 5 coys = 390 men). In 1659, these two regiments fought on the Isle of Fanöe. They then returned to Swedish-Pommerania where they fought at Stettin and took part in the siege of the Fortress of Demmin who surrendered on November 20. On January 28 1660, Wladislaw von Sparr, a cousin of Christoph von Sparr, was appointed colonel and commander of “Alt-Sparr” while Colonel Otto Friedrich von der Gröben was appointed commander of “Jung-Sparr”. After the Treaty of Oliva on May 3 1660, both regiments were severely understrength (“Alt-Sparr” had 322 men; “Jung-Sparr”, 164 men). “Jung-Sparr” assumed garrison duty in Kleve.

By June 1661, “Alt-Sparr” had already been rebuilt and counted 9 officers and NCOs and 881 men. The same year, Wladislaw Count Sparr offered his regiment to Emperor Leopold I who, on September 21, signed an agreement with Sparr by which the latter promised to increase his regiment to 10 coys for a total of 1,500 men. After release by the Elector Brandenburg, Wladislaw Count Sparr marched to Silesia with this regiment. At the end of 1661, the regiment swore allegiance to Leopold I in Breslau (present-day Wroclaw/PL). On February 2 1662, the regiment was first reviewed in Breslau. It was soon increased to 2,000 men. In 1663, the regiment was sent to Hungary to fight against the Turks. It took part in the siege of Neuhäusel (present-day Nové Zámky/SK) and, in 1664, in the siege of Kanisza. On August 1 1664, at the Battle of Saint Gotthard, FM Wladislaw Count Sparr, the proprietor of the regiment, led the last infantry attack.

In 1669, the regiment became the property of Field-Marshal Ernst Rüdiger Count von Starhemberg. Between 1673 and 1678, the regiment was involved in successive campaigns against the French on Rhine.

In 1679, the regiment served in Silesia, defending the border of Upper-Hungary (Slowakia) against Thököly's rebels and campaigned afterwards in the mountainous region of middle Slovakia.

In 1683, the regiment took part in the defence of Vienna under Starhemberg. It was later present at the siege of the Fortress of Gran. On June 16 1684, it took part in the attack on Wissegrad and afterwards in the Siege of Belgrade. On July 13 1686, during second siege of Belgrade, the grenadiers of the regiment distinguished themselves under Guido Count Starhemberg.

During the War of the Spanish Succession, the chefs of the regiment were: 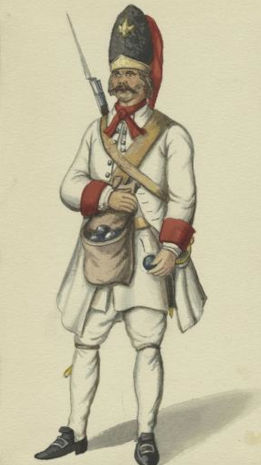 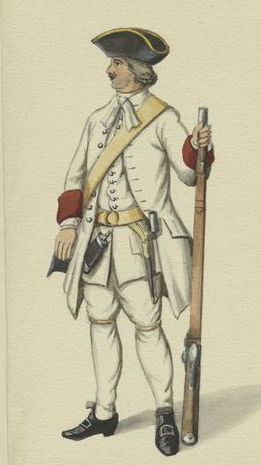 At the outbreak of the War of the Spanish Succession, in 1701, the regiment was sent to Tyrol for the planned invasion of Northern Italy. At the beginning of May it was at Rovereto. On May 26, it was part of Guttenstein's corps charged to make a diversion in the area of Monte Baldo. On 1 June, the regiment marched eastwards from Rovereto towards Posina, Arsiero, Piovene Rocchette and Schio on a road prepared in the preceding days. By mid June, three battalions of the regiment were encamped at San Martino near Verona with the main body of Prince Eugène's Army while the other battalion was attached to Guttenstein's Corps posted in front of Monte Baldo. In the night of 27 to 28 June, Alt-Starhemberg and Bagni infantry along with 100 horse passed the Adige at Castelbaldo and marched towards Canda and Castelguglielmo on the Canalbianco. On 28 June, they passed the Canalbianco. By 8 July, the entire regiment had joined the main body encamped at Castelguglielmo on the Canalbianco. On 9 July, the regiment took part in the Combat of Carpi where its grenadiers distinguished themselves. On 31 July, when the army marched towards Brescia, the regiment escorted the train. On 1 September, the entire regiment distinguished itself at the Battle of Chiari where it was deployed in the first line. The regiment took its winter-quarters at Borgoforte.

On August 15 1702, the regiment fought in the Battle of Luzzara.

In 1704, the regiment took part in the Battle of Crescentino near Turin.

In 1707, the regiment took part in the campaign against Toulon.

In 1713, after the defence of Freiburg/Breisgau, the regiment was transferred to the Netherlands where he would remain until 1728.

Uniforms of officers were always of finer cloth than those of the privates. Officers wore a black and yellow silk sash across the chest or around the waist.

Musicians often wore uniforms in reverse colours with the distinctive colour of the regiment used for the coat.